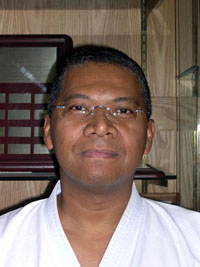 Shihan Peter Brown has been training in the style of Goju Ryu Karate since 1966 under the guidance of Shihan Kai Takahashi and Hanshi Shuji Tazaki. Shihan Brown received his Shodan in 1970 in Hong Kong under the supervision of Hanshi Gogen Yamaguchi.

He has extensive experience both in teaching and competing. Shihan Brown left the competition circle in 1985 in pursue of a full time career as an official Canadian representative for both national and international Karate competitions. He is now spending all his time teaching and promoting Karate.

Enter your email address to subscribe to our newsletter